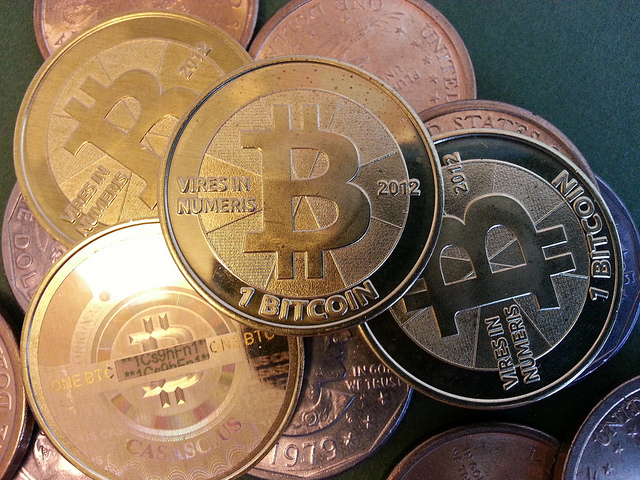 In this economy, a lot of people are really anxious about the future and what it may bring for currency. A lot of people have worked really hard for their money and they want to make sure that they get to keep it and pass it on to future generations.

That’s why certain currencies have popped up, including a cryptocurrency (digital currency) known as a bitcoin. What is a bitcoin? Read on and you can learn more about this unique digital currency and how it may affect you.

What Is A Bitcoin?

A bitcoin is a currency where the creation and transfer of these “coins” is based on a cryptographic protocol, which doesn’t have a central authority that oversees such things.

Bitcoins are able to be traded through computers and smartphones with no intermediary. That means, there is no financial institution or government that oversees the interchanges that occur, they just occur. The concept was started in 2008.

The process of performing transactions with bitcoins is quite simple. They go through servers that are called “miners.” These miners are internet-based. Essentially, the miners keep track of transactions on a ledger that is constantly updated and archived through peer-to-peer file sharing.

Each time that the ledger updates, some bitcoins are also created. The number of these coins is halved every four years. In 2140, this number will round down to zero, and no more bitcoins will be created (21 million is the maximum).

Bitcoins are becoming more and more accepted by a variety of sources. Both merchants and individuals accept bitcoins. Many times, bitcoins are also used for illegal drug purchases and gambling.

Some people are nervous about using bitcoins, because the market, at times appears to be volatile. Throw in the fact that supply is limited and the exchange rate regularly fluxes, the reasoning behind the nervousness is well-founded.

Why Do We Even Need Bitcoins?

The goal of bitcoins is not to replace currency, but instead to create a universal currency that people can trade within the digital world. As e-commerce becomes the norm instead of an oddity, the need for this sort of currency has become more obvious.

It was also created to help and thwart any issues related to fluctuating currency rates that we see with other currencies such as the U.S. Dollar and the Euro.

It can also help to stop the problems that happen because of stock and forex trading. Wall Street traders frequently have early access to information that normal, everyday people can’t get. That means that these traders are at a distinct advantage over the normal working man who’d like to make a profit on the money he’s earned.

So what does that mean? Well, we can’t do much to affect the market as lower-end investors. The government also causes problems with this. Remember the bailouts? These actions by the government make the stock market go crazy and we can’t do anything about it.

Bitcoins eliminate those sorts of problems because they aren’t based in any government. You would think that it would be worrisome for something like this to be “unregulated,” but because of the simple rules of supply and demand, it rarely causes a problem.

Even if Wall Street and the government say things related to money and the trade rate, they won’t be able to get a hand on bitcoins because it is all regulated by the computers, not by any big wigs. That means that the market can’t be manipulated, and it’s a lot easier to understand. Who wouldn’t want to use that kind of currency?

How Can You Learn To Trade Bitcoins?

Almost any currency out there is traded using bots. Most Wall Street traders use software and trading robots in order to save time and money during the trading process. That means you’ve probably heard of these sorts of bots being programmed and used in any of these capacities. If you’ve got a trading strategy, you just plug that algorithm into the bot, and it’s ready to go.

Do your research before you really start getting into trading bitcoins. There are a lot of great websites out there that can help you figure out exactly how to trade bitcoins and what some of the common strategies are for trading bitcoins. You should also consider using a reliable bot, like BTC Robot, in order to help you make the best choices for bitcoin trades.

As you can see, bitcoins are definitely something that you should consider when looking to invest for the future. The market is very fresh for them, and you can find some amazing deals if you use a program such as BTC Robot to help you follow the market efficiently.