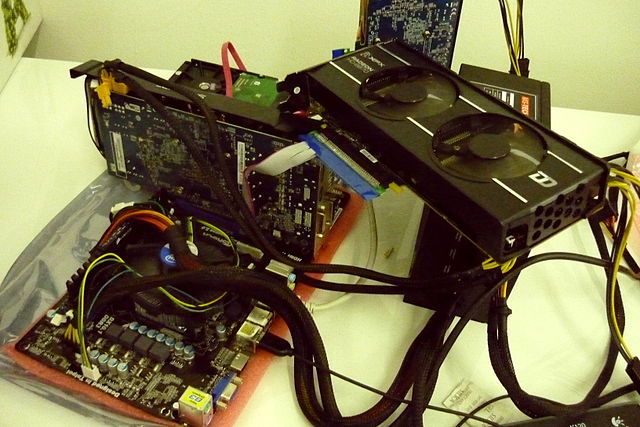 One of the ways that many people are getting into the whole bitcoin craze is by doing something called bitcoin mining. Keep reading, and you can learn more about the process of bitcoin mining and how you can use it for your advantage.

What Is Bitcoin Mining?

Bitcoin mining is quite an interesting experience for those who have gotten involved in it. Some people say that it is a cross between the Gold Rush and the lottery. Bitcoins are rarely given, but instead you have to put time, energy, and a bit of luck into the process of mining bitcoins. It can take a long time to mine bitcoins, and sometimes the rate of success can be really frustrating to those who are just getting started with the process.

Because of the way that bitcoins work, it actually becomes more difficult to be successful in bitcoin mining. The supply of bitcoins out there is dependent on an algorithm that is highly dependent on supply and demand. That means, in order to mine bitcoins, you actually need to get special hardware and software that is built for that purpose.

In order to mine these bitcoins, you need to solve a network of problems, known as “solving a block.” As more and more people start to mine for bitcoins, this becomes more difficult to do. You also have to be able to prove exactly what you did to mine the bitcoin. The whole process is incredibly competitive, and a lot of people get enjoyment out of it.

Aside from actually finding bitcoins, miners can collect fees on the part of those who are using their services. That means that miners are motivated on both ends by the potential in making cash. That means, their blocks need to include transactions.

On top of that, the difficulty in creating these bitcoins will continue to increase, so the job of a miner is far from easy. Most people who are involved in bitcoin mining do it for the excitement and the potential opportunity to uncover bitcoins.

How To Get Started With Bitcoin Mining?

There are a variety of things that you should do before you get involved with bitcoin mining. It is recommended that you start by getting what is called a bitcoin wallet. These “wallets” store your digital currency.

There are several wallets out there that you can choose from; just download the appropriate one for your OS and the client will start to download what is called the bitcoin blockchain.

The bitcoin blockchain is the log of all of the transactions that have occurred with bitcoins. These transactions are used to determine when to release more bitcoins onto the market. Because this transaction ledger is constantly growing, it can be several gigabytes of data that you need to download.

The next part of the process is rather complicated and difficult to explain if you are not someone who has experience with a variety of different software and operating system work.

If you are someone that understands software and coding, then feel free to check out the dozens of resources that are available all over the net that can help people who are able to perform advanced bitcoin mining techniques.

Now, there is an easier way to do it as well. If you aren’t tech savvy, and you have the wallet and the client, you still can make money and enjoy bitcoin mining. There are a variety of pools out there, called bitcoin pools, which combines their computing power so that they can make more bitcoins.

Bitcoins are normally awarded in blocks, so bitcoin pools make sense because your pool can split the profits (20 or 50 bitcoins at a time, normally).

Pools are incredibly advantageous for their members. In a pool, you don’t have to solve a huge algorithm and kill your computing power. Instead, you are assigned a smaller, simpler algorithm that you should be able to solve in a shorter amount of time.

Multiple computers are working on multiple parts of the algorithm, and this allows for bitcoins to be awarded more often, and more consistently, if you were doing it on your own.

Overall, getting started with bitcoin mining is pretty complicated, which is why joining a bitcoin mining pool is recommended. The other users in the pool can help you figure out exactly what you need to do in order to maximize your profit and to make your computer work as it should.

It takes a lot of work and effort, but the people who are involved in bitcoin mining really find it fun and exciting to go through the processes and to actually mine those bitcoins.